Thrust force and the principle of action and reaction

You’ve probably felt an intense thrill when you step on the accelerator of a car or increase the speed of the plane you’re flying. It’s as if the momentum sticks you to the seat, which gets your adrenaline pumping, making you enjoy the experience that much more.

But why does this happen? The answer lies in physics and Newton’s third law, the subject of the following video.

After having talked to you about the lift formula, what g forces consist of, or what the Kármán Line is; today, we briefly address some basic concepts about thrust force in Physics.

What is thrust force, how does it work, the formula to calculate it and, in addition, we show you some simple examples that will help you to better understand the behaviour of the forces that make the movement of any body possible, including yours. Let’s get started!

What is thrust force

The thrust force is described quantitatively in Newton’s Third Law, better known as the Principle of Action and Reaction.

This principle states that when a body or system expels matter in a fixed direction and way (action), a force of equal magnitude and in the same direction, but in the opposite way (reaction), will originate.

Thus, when we talk about the definition of the thrust force, we are referring to the force that a body receives after previously emitting what is called an applied force.

For example, a light aircraft generates thrust force when the propeller expels air backwards. This expulsion of air is developing a force in the opposite direction which is transformed in movement; so, to say the originated thrust force which increases the speed of the light aircraft in the same proportion to the mass of the ex-pulsed air.

The thrust force only appears when there is a previous action force, and it can only arise when two different bodies come into contact, for example, the air expelled by the aeroplane and the atmosphere.

This concept that we are analysing today is based on Archimedes’ Principle and the force of thrust.

This Physician of old Greece developed his theory after observing the behaviour of masses submerged in water; in particular, he reached this conclusion after submerging himself in a bathtub full of water to see what happened.

He came to the conclusion that any body immersed in a liquid receives a force from below upwards, with an identical weight to the displaced liquid. This force is the thrust force.

How to calculate thrust force

The formula that allows us to know what the thrust force is equal to is the following:

Where the values we see in the equation are:

As you can see, the thrust force depends on the density of the fluid, the volume of the submerged mass and gravity.

The thrust force always acts vertically and upwards and is applied at the centre of gravity of the submerged mass, which in this case is called the centre of buoyancy.

This third law of dynamics, formulated by the famous English physicist and mathematician, tells us that when one body interacts with another by exerting a force, the second body exerts an equal and opposite force on the first. The first is the force of action and the second is the force of reaction.

Let’s see with an example. Imagine you have two billiard balls on a table and you throw one over the other until they collide; the ball that was standing still will move forward, and the one that hit will stay still.

The two balls have been subjected to forces that have modified their speed and, in addition, have appeared during the impact. At the moment of the hit, a force has originated on the still ball that has caused it to start moving. In addition, the first ball, the one hitting the other, has stopped; this means that it has received a similar force but in the opposite direction.

The first force is the action force (it strikes and displaces the ball), and the second is the reaction force (for the struck ball).

Examples for better understanding of applied force and thrust

We’ll see some examples of daily life which will help you to better understand the concept of force, and the principle of action and reaction of Newton’s Third Law. 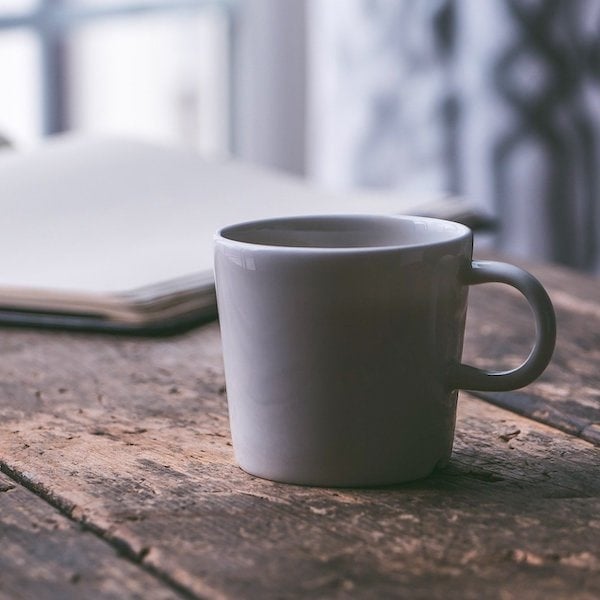 An object on a table

When you place an object on a table, a series of forces that go further than the weight of the object and the reaction of the table are generated. Let’s see what they are:

As you can see, the Newton’s principle isn’t just applicable to interactions produced by contact between two masses. It also applies to forces at a distance, such as Earth’s gravity as we’ve seen in the example. 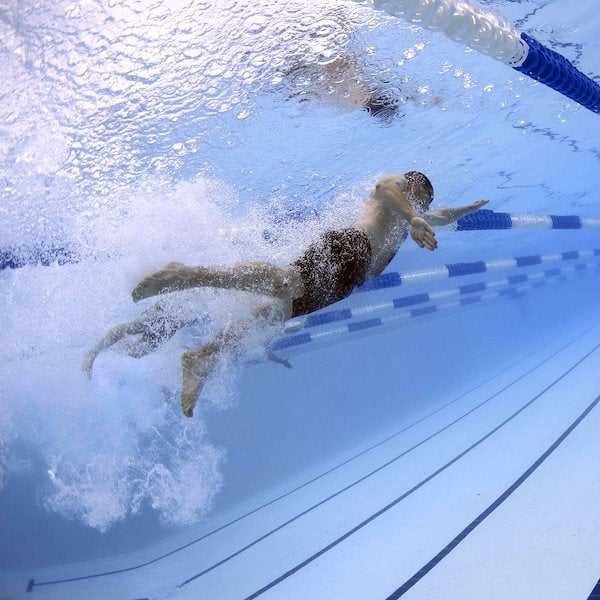 When we swim, we are applying force against the water with our hands and feet; so, the logical reaction is the water impulses us forward, in the opposite way we are making the force.

This example is very similar to what happens when an aircraft is in movement; roughly speaking, the aircraft applies force upon the wind, and this returns thrust force increasing its speed.

Physics governs all our daily actions

Physics and its most elementary laws provide us with the answer to any everyday phenomenon, such as the concept we have shared with you today.

When it comes to flying a plane, the thrust force and Newton’s third law are the best explanation we can give for those exciting sensations that all pilots experience at the controls of a plane.

And, if you liked the post, take a look at our aviation blog, where you will find all the latest news about One Air, aviation curiosities and many other interesting news.